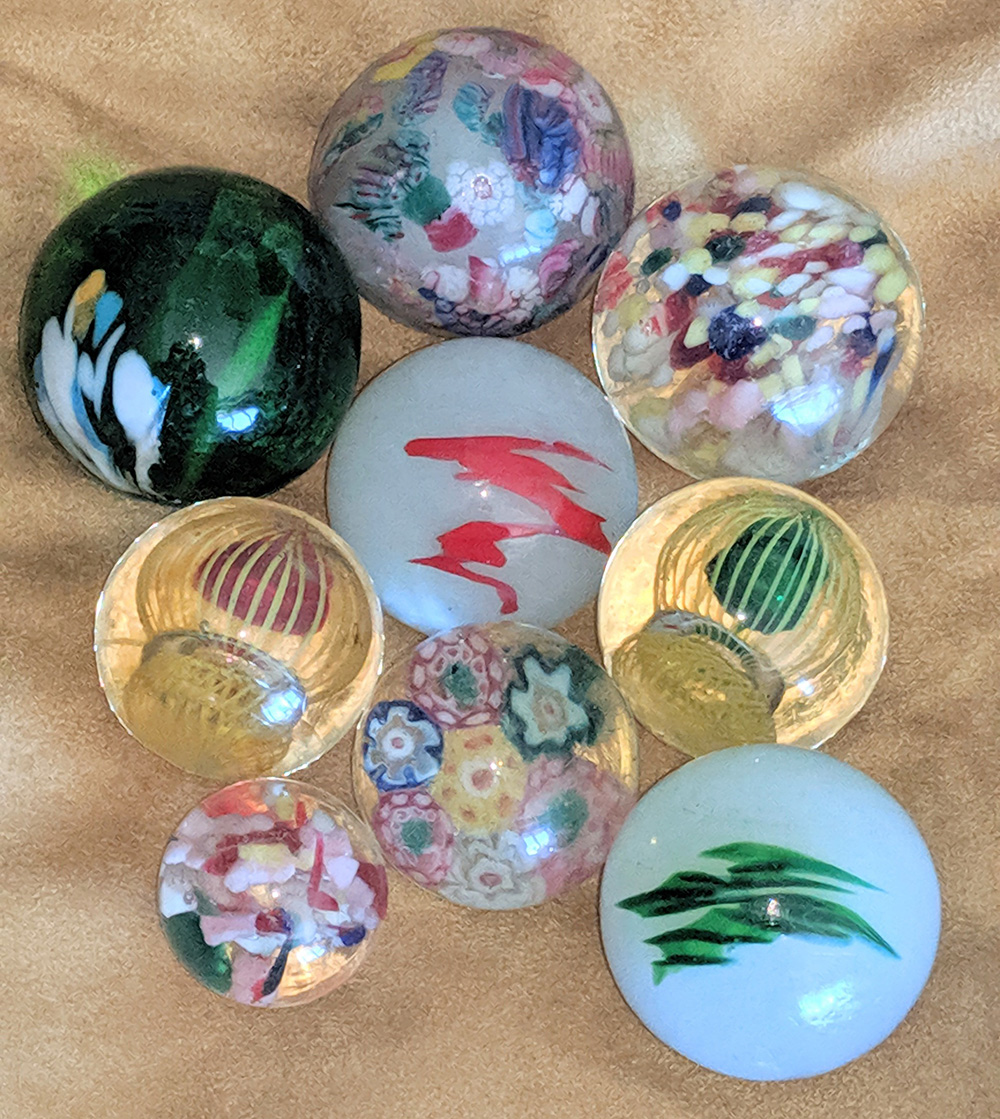 These are ANY marbles that are very uncommon or rarely seen varieties that do not easily fit in any commonly known category.

Sometimes marbles were made by hand in other countries other than Germany as well, such as China, and those were not mass produced and exported as the German handmades were and are very rare.   Examples of rare types thought to be of Chinese origin include:

Pontil types on Chinese marbles were distinctively different from German handmade pontils.  Lightning Strikes and Fern Banded Opaques have a flattened somewhat raised ground pontil, and Birdcage Marbles have a round melted button type pontil similar to a Navarre.  Pontils of the Looped Drizzle Banded  Opaques most closely resemble the rough pontils of German handmade marbles.