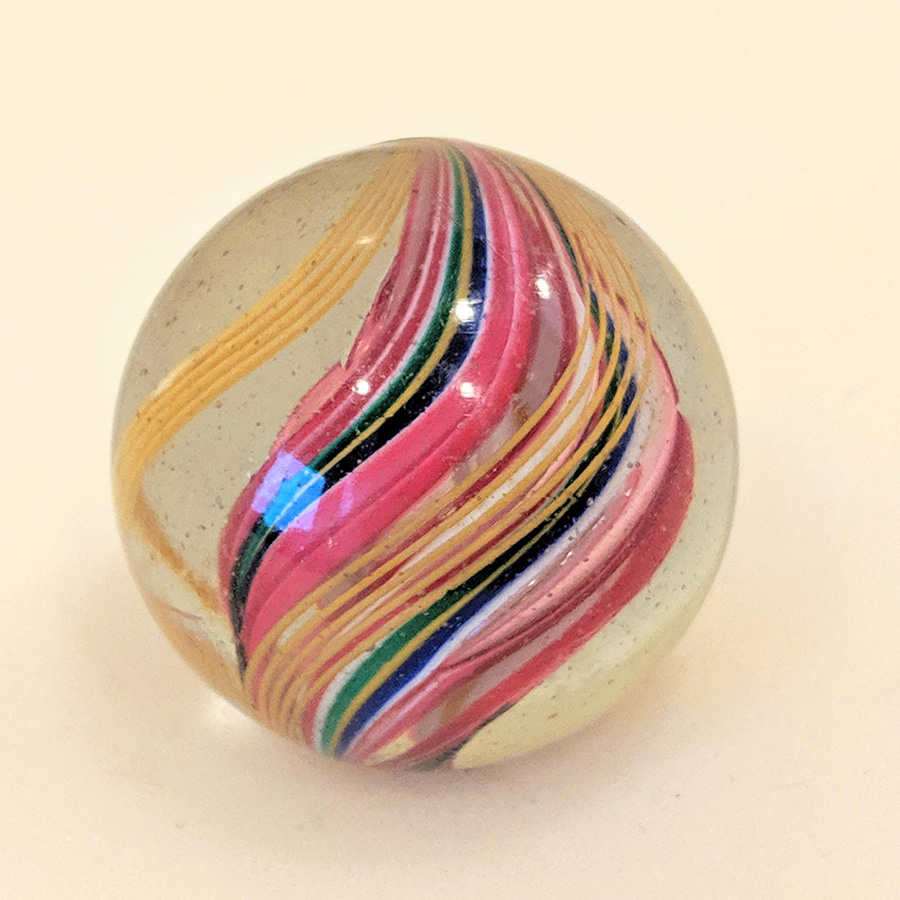 Surprisingly, Coreless Swirls are priced as common swirls even though they are less common.

Sizes vary from peewee (1/2” or under) to usually around 1-1/2”. Larger examples are rarely seen. Price gradually increases based on size. There were likely fewer larger examples made because of the reduced visual appeal due to a missing colorful core.

However, to a collector, they often find the unusual and rare appealing, even if the visual appeal is lacking. So larger examples of Coreless Swirls would be a great find.

Unusual types of Coreless Swirls would be End of Cane (first off the cane) examples, where the outer threads fan out and come to the surface opposite of a single pontil. Those were typically discarded by the maker.

Another unusual type of Coreless Swirl would be a 2-stage Coreless Swirl, where there’s two stages of thread or ribbon construction but a missing core, as seen in the example photo for this page.

Colored matrix glass are NOT rare for Coreless Swirls.  These would instead be considered Banded Transparent Swirls, a fairly common type of colored glass marbles.