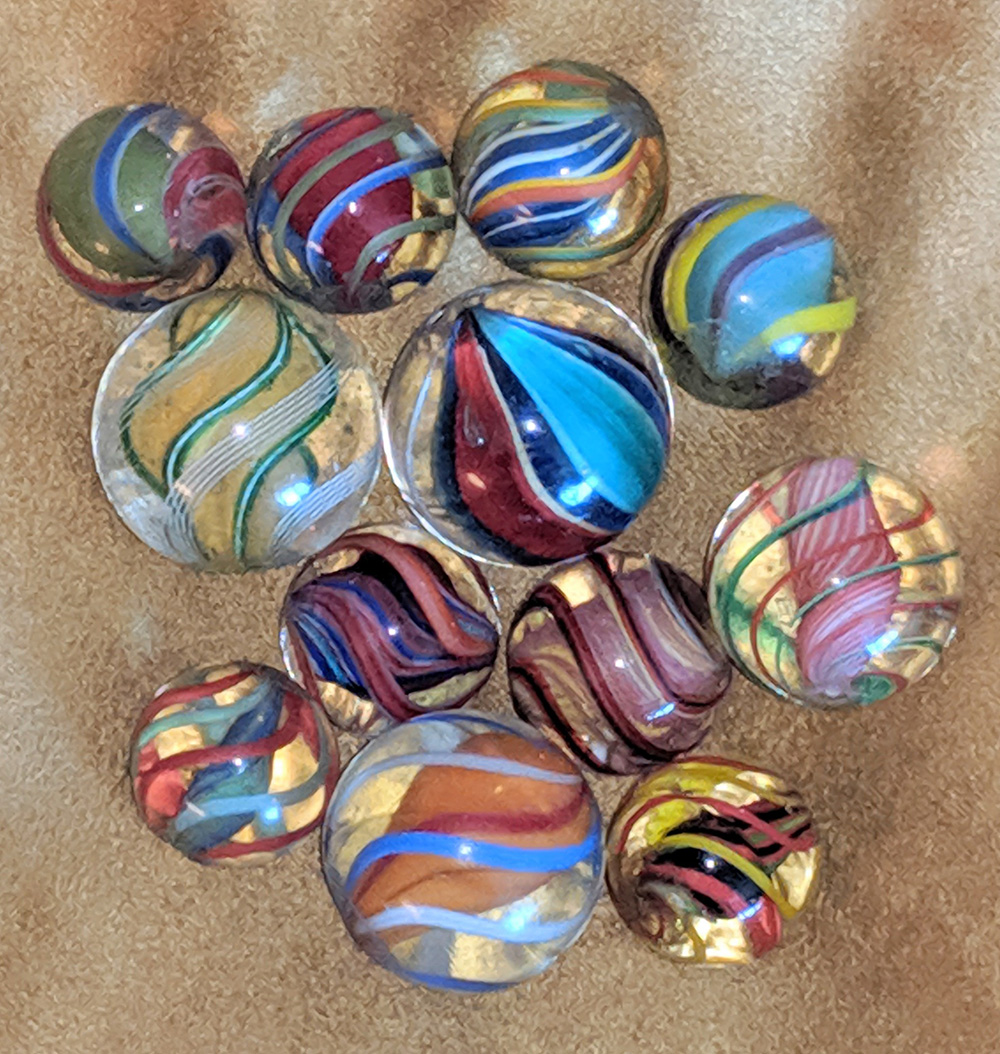 Solid Core Swirls are recognized as having an inner core that his solid and tubular in appearance rather than made from individual ribbons, or threads. The solid core extends through the center of the marble from pontil to pontil. Usually this type of swirl will have some sort of colored ribbon pattern directly attached to the core for decoration. Solid Core Swirls will typically be constructed with 2 stages, an inner solid core, and an outer layer of ribbons or threads as a suspended in the matrix glass near the surface (but not on the surface).

When treads are used they are usually used as organized sets of colored threads (typically white or yellow), but occasionally can be equally spaced, in which case they appear as a cage.

The inner core of a Solid Core Swirl can vary greatly in appearance and color combinations.  Usually the base color of the Solid Core Swirl will be white or yellow.  Occasionally it will be other colors such as blue, red, green, or orange. Black is a rare color for the primary base color for solid core swirls.

Variations of Solid Core Swirls that increases their rarity and demand includes those that have inner thread decorations on the core that are elevated off the core, making it essentially a “3-Stage Solid Core Swirl.”  Any 3-stage or 4-stage solid core swirl is rare, particularly if each stage is a distinct separate layer of ribbons or threads.

Sizes vary from peewee (1/2” or under) to maximum possible size, which is usually just under 2-1/2”.  Price gradually increases based on size.  Any that measure a full 2-1/2” or larger are much more valuable.

An “End of the Cane Solid Core Swirl” [EOC]– (which is a single pontil marble first off the cane where the Core fan out like a trumpet and come to the surface opposite of the pontil), is a premium marble and is worth many multiples of a similar marble.