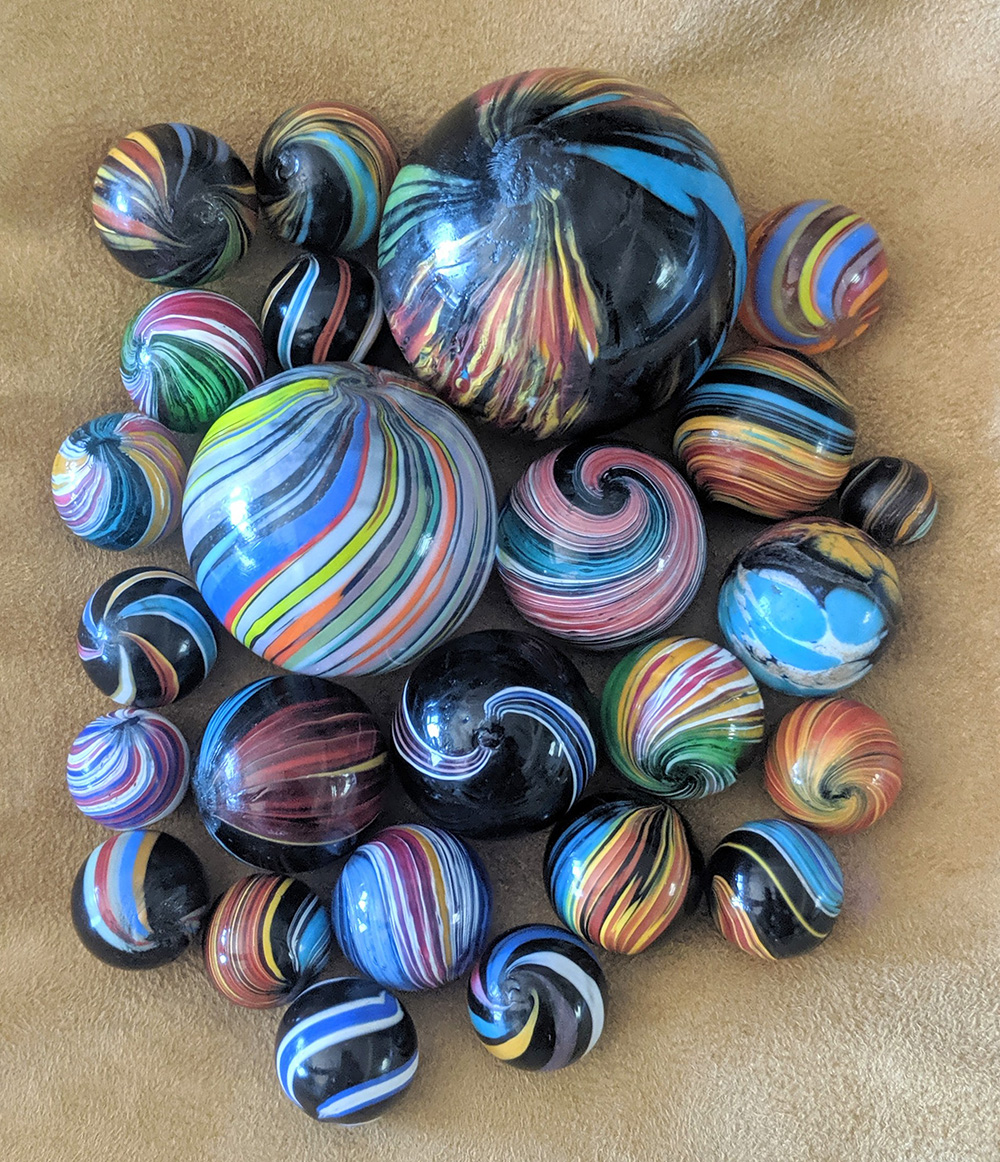 Indian swirls are early German handmade marbles (many with a faceted pontil, indicating manufacture before 1880) and are made of soft black opaque glass with surface bands of color, commonly multiple colors.  Many earth and sky tone colors were used, such as yellow, orange, green and blue.

Inidans will never be cased with clear glass.  The colored lines on the marble will be surface lines.

Indians are made with lightweight and very brittle black opaque glass that chips or cracks easily.  Due to their light weight and lack of durability with play, they did not find favor among the early marble players, and slow sales dictated low production, thus scarcity among collectors.

Some Indians have a haphazard random banding pattern, and others are made with precision banding with a set pattern of color or organized bands (usually 2 opposed bands).

Some collectors prefer precision band Indians while others favor a random design.  It is a personal preference, and there doesn’t seem to be much difference between the two in value.

Rarely will Indians be made of a different base matrix color other than black but it is sometimes seen.  Marbles of other matrix colors would typically be considered banded opaques.  Uncommon matrix colors for Indians include clear, opaque  blue, or  blue, purple, green, or red maglight (meaning it looks black until you shine a light through it to reveal the color).

There are several RARE types of Indians:

Rare Indian varieties are rare in all sizes, but become increasingly rare based on size parameters listed above for the typical Indians.

End-of-Cane or left twist examples of Indians of any type are rare!