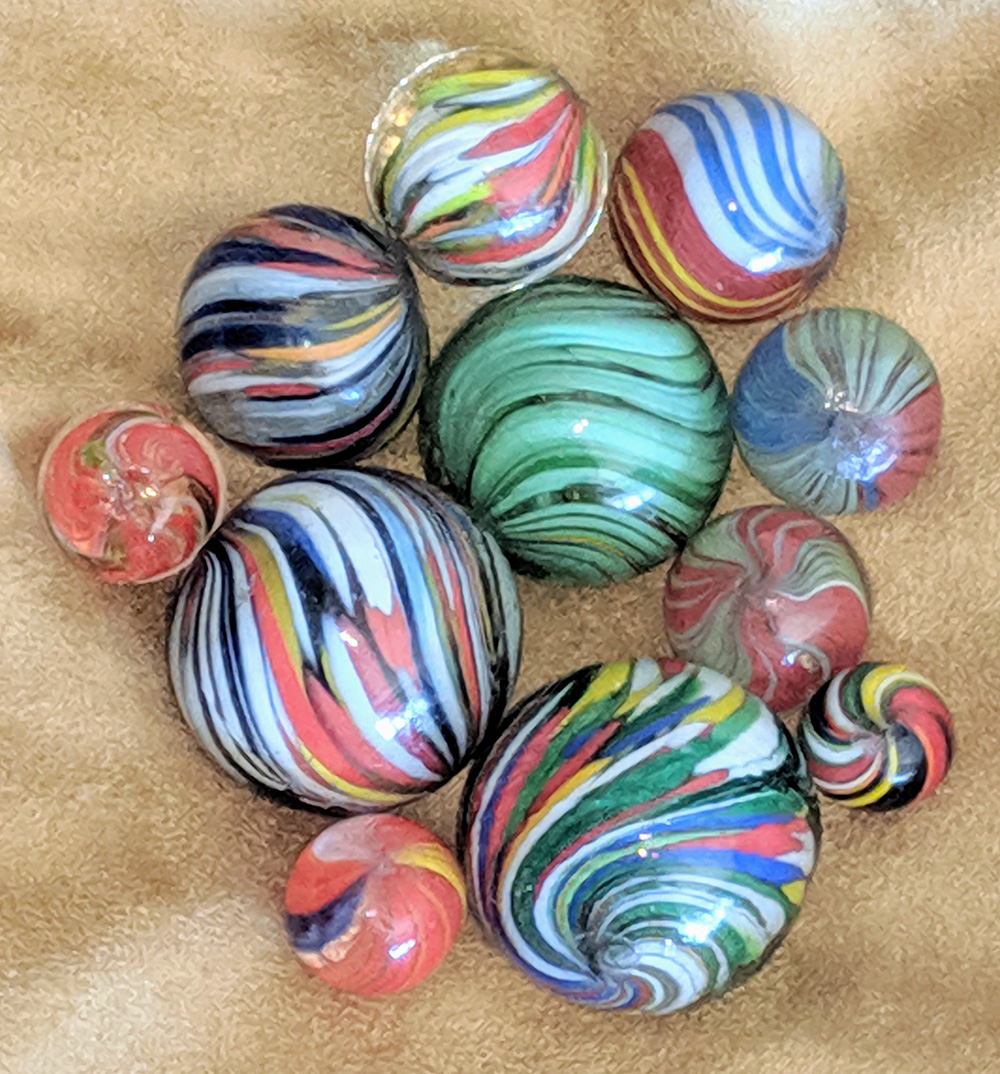 German handmade Joseph’s Coat marbles are known for their colorful appeal.  Their name stems from the Bible – Joseph’s Coat of many colors.

Joseph’s Coats are constructed of parallel single color threads that run from pontil to pontil and stay a fairly uniform width during their travel.  They are easily mistaken for an onionskin, expect there is no base color “skin” of opaque white or opaque yellow that the colorful ribbons are laid on top of.

Most Joseph’s Coats have no pattern, they consist of a variety of colors.

Sometimes the Joseph’s Coat will have many same-color ribbons laid side by side to take on the appearance of a marble of primarily a particular color, a pattern or panels of color, but if you look closely you will see that it is constructed of many individual same-color narrow ribbons.

On occasion there will be an End-of-Day Joseph’s Coat that has bands that do not completely span pontil to pontil, but is made up of many shortened partial lines instead.  These are often very colorful and have a lot of eye appeal, and because of that carry a higher value than a typical Joseph’s Coat.

Rarely will lutz or mica be found among Joseph’s Coats, but occasionally will be seen.  Sparkly aventurine is also found among the green or red bands of a Joseph’s Coat marble from time to time.   Any Joseph’s Coats with additional pizzazz such as the additions of lutz, mica or aventurine bring will demand a higher price.  Lutz would be the highest price factor, followed by mica, then aventurine.  As always to what degree the price will increase is subjective and to be determined between the buyer and the seller.

It is uncommon to find an End-of-Cane of left twist Joseph’s Coat.